Ok, so pondering today over the idea of stability, of settling in one place for longer than 6 months. Yes, it could be argued that I stayed in Vancouver at the same apartment, in the same job(!) for about 3 years! That is true. And a lovely apartment and crazy awesome job it was. Regardless of this, I acquired aforementioned apartment and job after coming back from spending 5 broke ass months in Europe, determined to find work and lodging that would allow me to return to Europe at some point and conquer it like a gentle if slightly pushy lover eager to test out her worldly skills on one well more worldly than she…as Europe is. Certainment. And ha! Went back, cash in bank account, spent the time, did it right..8 countries in 3 months, very nearly a flawless trip considering any plans I made to be in any one place in particular flew out the window of the Paris apartment my first night there.

There were so many moments over the course of those 3 years that I spent feeling slightly disdainful of my resentment towards the present. I lived in my apartment for almost 6 months before I gained any furniture beyond a bed. Mainly because Janice bought me  a coffee table. An awesome coffee table from Ikea with wheels for two legs so it’s easy to move. Or, at least, would be easy to move if we had put the wheels on the short side, where they are supposed to be. The whole time I lived there, I never had a kitchen table. I never wanted one. That would be capitulation! If I had the means to invite friends and lovers over for breakfast, I might do so! And that would mean that I was a resident, rather than just an opportunist. All the time I was broke and trying to find work in Paris, with almost no knowledge of french, or skills that set me apart from the other thousands of people from Europe trying to get by in the city of light, people kept suggesting I should go someplace where I not only speak the language, but I have opportunities to find work! It was so hard for me to leave. It felt like I had been beaten somehow. And slunk back to Canada with my tail tucked, hoping that I would find something that would allow me to stride across the ocean and bitchslap Europe into begrudging admiration.  And so I did. But my consistent refusal to allow myself to live in Canada, even as I was living in Canada, in the very city I was born in, kept me from ever truly feeling satisfied with where I was at.Even when I had moments of extreme satisfaction with what I was doing. I just didn’t feel ready to be in this place, at this time. It could be compared to a terminal with a certain amount of layover. The station is wonderfully decorated, with all the amenities one might need. The time is passed pleasantly enough, but the whole time one waits, there is a heightened awareness of passing through. Involve, interact, but keep everything that might entice one to stay longer at a distance. Because at some point soon, it will be time to go.

The irony here comes from a place that began when I was 13 or so. Every summer until I became an insufferable teenage girl who could not abide anything to do with family, sense, propriety or things not badass and cool, I would stay at my grandmother’s in Vancouver. Having grown up on the island, it was always such an adventure to head to the mainland, especially once I got to the age where I could make the trip myself.

Every so often I would get to visit with my aunt, my mother’s youngest sister, who I felt a certain kinship with. We are both the youngest (her of four, me of two), we both have the gift of prose to a certain extent, we are the comediennes, the joke crackers, the savage wits. And that is saying something, considering that every member of my family is capable of dark, dry, sarcastic, caustic and just plain hilarious humor. I know, big surprise there. But I felt as though my aunt and I were in our own little group. And so when I was 13 and she invited me to spend a weekend or so at her apartment during my summer visit, I was obviously ecstatic.

Her apartment was everything I dreamed adulthood could encompass. A tiny balcony over looking a very atmospheric alley. A tiny kitchen where one could cook any, ANY, dish the heart desired. It didn’t even have to be healthy! Bookshelves crammed with books I could only dream of having enough time to read. And records. This was the first time and place I can recall someone playing Talking Heads for me, ensuring that this was a type of music that would usher me into adulthood. There were plants and art and a futon with a luxurious duvet and colorful pillows. And a blue eyed cat named Misha, after Mikhail Barishnikov. It encapsulated everything I could imagine would be the best parts of being a grown up. Having a space of one’s own, decorated how and with what the individual decided should be. In that moment I was determined that one day I too would have my own little apartment in the romantic metropolis of Vancouver, with plants and books and a futon with a duvet and art both timeless and pertinent, a kitchen stocked with food I liked, regardless of it’s nutritional value and most assuredly records, especially Talking Heads.  I could do without the cat though. It appears as though me breathing easily and cats curled  up on my pillow are not copacetic.

And so there I found myself, almost 20 years later, in my own apartment, all the accoutrements necessary to feel like a full fledged and accomplished adult, right down to the Talking Heads albums (fear of music,  speaking in tongues, stop making sense) on vinyl. And I realized it. I had arrived. I suddenly thought, I should buy a kitchen table and invite all my friends over for breakfast! That moment lasted for about a day and a half. Just long enough to let me know that someday, I would be ready for that kitchen table. Just not right then. Which begs the question, if not now, then when?

Granted, at the time my focus was on movement, even while it appeared I was standing relatively still. And so now, today, I find myself in a place where I achieved what I set out to do all those years ago I came back from France.  I even rediscovered dreams I had completely forgotten about along the way. And for one intoxicating moment, those dreams were realized. Perhaps it’s time to revisit the idea of a kitchen table. Because the dream of living and thriving in paris, even if only for a short time, just to prove that I could, has been achieved. I adore Paris, to the extent that I know I will revisit. It’s somehow amazing to me that the idea of allowing myself to settle somewhere with the intention that this is where I shall make my home, enmesh myself in my community, buy a kitchen table and invite friends to brunch (honestly, I don’t get up early enough for breakfast) is much more daunting and scary than imagining myself adrift in a country where I understand a smattering of the language, I could buy six kitchen tables for the same price as one months rent and I have much less of a friendly community support net to draw from. Perhaps this is the very reason I should settle? If something is terrifying, it typically means that it’s outside the comfort zone. A place I try to visit at least once or twice a year. I think a part of my fear is that I’ll miss out on something. If I live in Vancouver and there is amazing things happening in the kootenays. If I live in the koots and there is an unreal music scene bourgeoning in Victoria…this is always the case. There is always something happening somewhere. My passion to join in constantly could use a little temperance.

Of course, earlier today, while thinking on this idea of settling for a while, some place a little more permanent than any I’ve had before (not that this will be the last place I live, ever…that’s a very likely for sureism) some tango music came up in the playlist I was listening to. And I started thinking about kitchen tables, window seats and pianos in terraced garden  apartments in Buenos Aires. Shortly thereafter, a song came on with the lyrics en francais. Thoughts suddenly, inexorably turning to Paris. Imaginings of instruments  in Italy, Istanbul, Ireland, Iceland, India, Indonesia. Wondering on windowseats in Wales, the West Indies, Wallachia(does wallachia exist anymore?). Giving thought to gardens in Guatemala, Greece, Germany, Guyana.

And so this is how I’ve realized that all my thoughts of settling, are simply that for now. Just thoughts. Ruminations on a potential scenario. Not that there’s anything wrong with that. Whether I realize a dream of 20 years ago, a dream of 20 minutes ago, I’m still living my dreams. I think it’s most important to stay true to this. For now, this is where I am. Where I will live 5 months from now, I haven’t decided yet. Pianos and windowseats aside, putting any kind of limits on myself as to where I will allow myself to live is silly. And so I’ll go back to dreaming of the far off and unattained, even as I live the here and now. There is balance there somewhere, I’m pretty sure.  Passion tempered by intelligence. Intelligence enlivened by passion. Balance…slow like a bunny. I use the bunny reference because the hare, after losing the race to the tortoise, regardless of his passion and exuberance, would hopefully learn to temper that passion with intelligence and experience.

Did I just nullify any significance the bunny reference had by over explaining how my crazy head works? That happens sometimes…whatever, it’s my head and my personal forum for folderol..anything goes I would think.

Quiet but for noise.

Hope can be tricky. 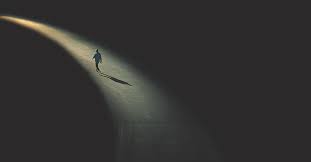 December 23 – My Shadow Self