Ok, so I didn’t wake up to vanilla chai and lemon jelly. I slept in, so by the time I woke up it was way more of an earl grey and wolf parade time of day. I was so tired that I dreamed I took a nap. What? I don’t think I’ve ever done that before.

I’m always looking around at things whenever I find myself stumbling about the interweb, which is probably far too often..but I especially like looking at photos of band tours. Even if I’ve never heard their music, don’t know where they come from, don’t know where they are in the pictures. There’s just something about bands on tour that makes for great pictures. It’s the best of both worlds for someone like me, travel AND music! How perfect a set up is that? Frequently though, I’ve noticed a common factor seems to be photos of them eating junk food, or digging into craft services type deli meat and cheese platters, or sitting down to a smorgasboard of stuff that’s been thrown together with a bunch of other musicians because they happen to be playing a festival..

It doesn’t seem right to me somehow. I mean, you don’t wanna feed ’em so well that they have to take a nap and miss their cue. And with all the food allergies now, it’s difficult to be able to cook the same things for everybody. But I’ve had experience cooking food within a production setting and I really enjoyed it for the most part. I guess what I’m thinking of is kind of in the theme of Alice’s restaurant. Not the song.  But kind of a church sort of building with housing I can live in and a nice kitchen with a venue of sorts. I think it’s just that mostly I want to live and work somewhere like this. They have a tree inside their tea house! Ok, the tree is made of paper mache, but they’ve traveled the world to find different awesome teas! They have live music and movie nights! I think that’s a beautiful thing. And now imagine if there was a lovely kitchen for baking in, fresh wheat/dairy free pastries and breads..banana bread for the weekend banana bread french toast brunch! With homemade yum berry/cherry jam! From the tree outside! That we also make wine from! Cherry grape wine! And herbs grown in pots in the terrace garden. And people can sit amidst the plants that will grow to make the tea they will drink! And the performers will have nourishment worthy of their talented musical skills! Or plays! We could have plays! Little plays! And there will be books! And a cat! An orange cat with a black spot on her nose who has much in the way of sass and cuddle capability! And a banjo! THERE WILL BE A BANJO! AND A PIANO! And I will have a sassy apron to wear and different wig and tutu for each day of the month! And I will be a teahouse motherhen! Who needs those children that you grow inside you like a parasite and then demand things when there are skinny musicians to be fed who will give you kisses and a song in exchange for a sandwich and some tea!!! I can concoct the perfect tea combinations for the moment!!! And it won’t have a flaky hippy vibe to it at all! Except that I’ll be barefoot all the time!

Ok, so I’ve started listening to Quinte & sens now and drinking passion flower tea. This should have somewhat of a soporific effect on my sudden tizzy. For those who do not know of Quinte & Sens, it is a jazzy kind of band from Paris. Of course, the person I know best in the band, the ubersuper Aidje! Who is not only one of my favorite people in the world, he is an awesomefantastic drummer! He even sometimes plays percussion for films! How fucking cool is that! He also plays with a yiddish gypsy jazz band called Les Yeux Noirs who happen to be playing a show in Vancouver the day after my birthday! April 8! So, stay tuned for more info about that because obviously no matter where I am a week previous to that, I’ll be in Vancouver for that show!

As far as it goes, I’ll likely be in Vancouver at least a couple of days before that date, as I will be making preparations to move back into my apartment on the drive. It turns out that the lovely Talia will be vacating the premises for greener pastures (literally) and so without intending it, my way is paved to ensure that I will be living in the city of my birth once more. I have decided that my bedroom should be blue and green and purple. The kitchen should be red and orange and the bathroom should be beachy colors…I would like to make the kitchen look like an african veldt, the bathroom, obviously like the seaside. My bedroom…well, there’s a couple of months yet. At this point, it’s merely planning and scheming phase. I was always hesitant to paint when I lived there before because I was afraid that would mean I couldn’t leave. I’m starting to realize that home is everywhere and anywhere and nowhere all at the same time.

For years, I’ve drifted about the edges of social circles. Hulahoopers, muscians, arty types, mechanics, dancers, acrobats, farmers, travellers, techs, electricians, stagecrafters, drivers, passengers, lovers, punks, ravers..never really feeling like I totally belonged any one place. Some people will find something they are good at and latch on. And it ends up defining their existence, as much as it sustains it. I was so envious of this. I used to feel like there was something lacking in me because I would consistently drift in and out of the different scenes. It was like I wasn’t good enough or focused enough to ever fit in perfectly anywhere.

I’ve come to understand that the reason for this is because I have this ability to fit in anywhere. I am a dabbler. I am creative enough and skilled enough that wherever I go, I can be useful and helpful. I’m not a specialist. I am the glue that holds the specialists together. (I think I’m coming back around to my idea of playing teahouse motherhen to musicians and artists) I can support and encourage and prod and feed and inspire and dance for and do cartwheels. I am not the star. But I’m damn shiny.  So all this time that I’ve been in constant motion, in the hope that I would find a place where I fit, I was mistaken. There can’t be just one place that I fit, because I can get by anywhere.

So, the upshot of all this. As of the spring, I’ll be organizing a painting party in my apartment, on commercial drive, in Vancouver. The landlord (who is totally ubersuper and gives every tenant chocolates for chrixtmix, I don’t have the heart to tell him I’m allergic) is completely fine with any decorative alterations one makes to their apartment as long as they paint it back when they go. I’ve concluded, that of all the places I’ve been, Vancouver, at this point, is the best place for me to have a homebase. So why not? My family is there, I have some of the best friends in the world in the city and surrounding areas (island, coast, kootenays), it’s international enough that when I take off to travel someplace, I can leave from there.

When I came back from Europe this summer I felt completely discombobulated. At the time, I thought it was because Canada no longer felt like home. I felt unsure of being here, as if I’ve lived here and so should move on, find someplace new. I think the reality is that I didn’t have anywhere here to come back to that was mine. All of my things were in storage, I had given up my apartment to Talia and while I had innumerable places to stay, none of them were mine.

There’s nothing better than travelling, in my opinion. Except perhaps that moment, when you unlock the door, flip on the light, let the backpack fall off your shoulders and you’re home. I never really had anything like that before this apartment in Vancouver. I lived in a van, then a bus, with stationary residences peppered inbetween. But I had never lived alone, known the feeling of being completely responsible for the roof over my head (more or less, I’m still a renter, after all). And so it’s kind of nice for me to know that come a few months from now, I know exactly where I’ll be living. My place. You should come for tea. And a painting party.  And I can leave, head to Buenos Aires, Bali, Maui, Paris, Italy, Iceland, Ireland, Istanbul, wherever I desire, knowing that at any point I can come home to..well, home.

Soporific tea kicks ass. I am so mellow right now. In all seriousness though, if you do come for tea, I can make something a little livelier. Perhaps some vanilla rooibos chai..or something with meadowsweet, red clover and gingko..or lavendar, lemon verbena and blue malva flowers…ooh! rosehips, calendula, borage and nettles! There’s a spring tonic for ya! You get my meaning about the teahouse action? I’m so down with the tea….

I might not be the person I think I am, if I ever was 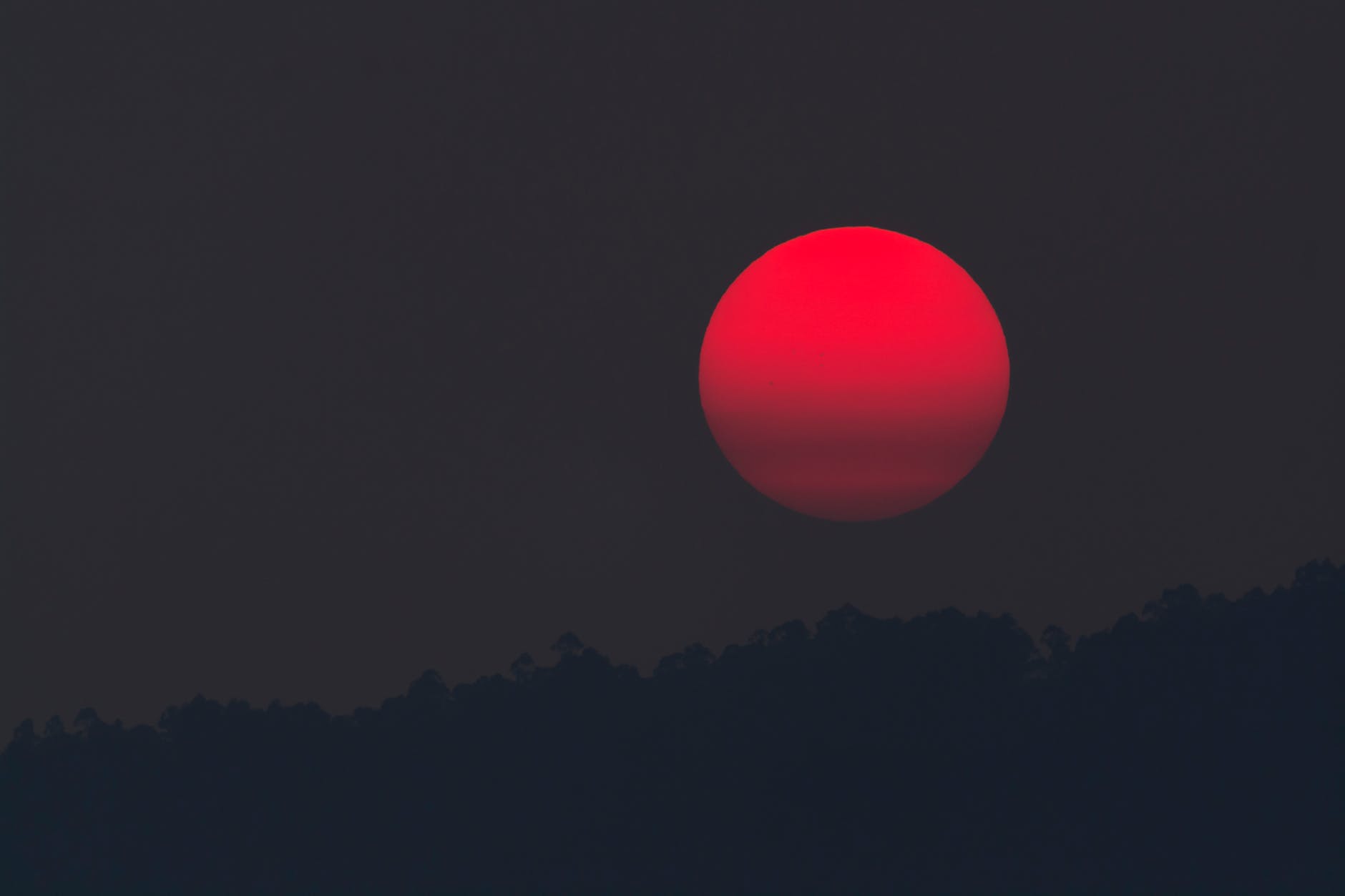