The illusion of safety, the dream of mindfulness, the oubliette of compassion.

Something that bothers me about humanity is the need to be safe. And not just safe, but cared for, catered to, absolved of any personal responsibility for our health and wellbeing. How did we get so cattle like? How did we end up in a place where people cannot be trusted not to panic?

We are made safe, we are warned, we are constantly reassured that there are people who know what to do in an emergency. Why aren’t we those people? Why do we put our safety into the hands of people who are, like us, human and therefore subject to mistakes and short sightedness, then blame them when they respond in a perfectly human manner.

This blame, the buck passing, the refusal to be responsible for wellbeing is one of the things that is helping us careen into a future where we have no say and it seems as though, as a species, we’re becoming more and more okay with that.

This is nothing new. I have no idea who actually said it, but I’ve seen it ascribed to Ben Franklin; the society that trades sanity for safety will deserve nor receive either. Something like that.

Do you understand what that means? If we trade what is sane, that is to say, personal responsibility and the ability to choose, for a percieved protection, that is, insurance, the ability to sue over imagined or real neglect of duty, we will get to a point where we no longer have a choice (“safety” is mandatory) and our lives will be dictated by those who own the insurance companies and lawyers.

Oh. Hang on. Dang. That’s kind of where we live.

The fact that there has to be a label on a tea kettle that says, this gets hot, suggests to me a lack of responsibility to common sense. Of course the kettle gets hot, that’s it’s purpose! Otherwise it would only make iced tea!

This was all spurred on by the ferry ride I took today, Vancouver to Victoria to visit my mum for her birthday (yay mum! She’s 73 and I’m 37 and those are the coolest prime numbers in my opinion) and I happened to end up on the largest newest boat.
There was an extended announcement regarding safety. If, for some reason there is an emergency, the voice from the ceiling advised us to stay exactly where we were, sit down if we weren’t already and calmly wait for someone to come along and tell us what to do next. I imagine this is to deal with the contingency that there could be a variety of emergencies on a boat this size, whether it be man overboard, a torpedo, the whitespot sponsored (they ran an ad after the announcements, that suggests corporate cocksucking, more so than just being fed their shite burgers) cafeteria has run out of pirate packs, whatever. Then the voice told us if we had to leave the ship, we must leave everything that needed to be carried (like a baby? that’s not going to go over well.) and jump on the bouncy slide into the pacific. It even told us how we would best manoeuvre on the slide (press legs firmly against the slide to control your descent..).
As far as it goes, the voice in the sky also talked about the various amenities on the ship, such at the atm machine. Seriously BC ferries? ATM stands for what exactly? Yeah. Nice work on the verbal redundancy. But I digress.

There was a thing they used to say, if they still do I missed it, that gave at least some semblance of responsibility to the passenger. It was the statement, ‘please familiarize yourself with the locations of the life jackets and boats.’ How many people, beyond a very cursory awareness, made sure to do that? How many people thought to themselves, jeez, I’d better know where that stuff is because if there’s ever an incident, I don’t want to be some panicky idiot who doesn’t know what to do unless someone tells me. Probably seven. Out of the thousands who take those boats every day. No wonder they had to update the info to include a “we know that you won’t stop surfing the free internet and eating shite burgers even though it’s not lunchtime long enough to figure out where to be if the ship runs into an iceberg, so we’ll just come around and tell you which level of the ship you should run to in a panicky manner, waving your arms about your head while screaming oh god no, I can’t die before I twit this! And your arms will be waving because you will have left anything that would encumber them from flailing about like disengaged tendrils of an epileptic octopus. (Is that a thing? Can octopussies be epileptic? That would be some crazy undersea action..)

The majority of people are perfectly happy, ecstatic even! to hand over their personal safety to “ships’ personnel who are marine safety certified” as if running drills (which of course will help more than never running drills) and a certificate will keep them from certain doom. What percentage of ships personnel are trained to think of the safety of the crew over themselves. What about the guy who just became a father? Is he going to risk his kid growing up without a dad to make sure that I, a girl he doesn’t know one bit, makes it onto the life raft at his expense?

I’m not suggesting that there aren’t heroes out there. There are. I’m not even suggesting that they don’t work for BC Ferries. And I am filled with hope that the majority of people would probably surprise me with their calm demeanour in the face of potential tragedy and chaos. I’m concerned that we are getting further and further away from what I would consider to be a reasonable status quo when it comes to taking responsibility for our own safety. We are so quick to sue, so fast to blame, so insistent that there must be someone at fault rather than accept that there is danger inherent in the everyday and that we might get hurt now and again and that’s okay. How amazing would it be if people would practice mindfulness and have a basic awareness of where they are all the time?

I wonder too, how many people have it in their head that their lives are more valuable than the next guy regardless of the fact that they know nothing about them.
Maybe that’s part of the problem. We are so insulated from each other, we don’t talk, we don’t interact, we don’t engage. Riding the bus, being on the ferry, anywhere there are more than a couple of people, the majority is plugged in. To a laptop, a smartphone, an mp3 player. The world away from the one they are living in right this second is so much more interesting. How often I have wondered while watching the people locked into their bubbles, if something dramatic did happen right now, it would take way longer for the tuned out population to respond to it. I wouldn’t be surprised if people didn’t discover it had happened until it showed up in their instagratification. “Holy wow! I was on that bus that crashed! I wondered what that noise was, I was totally distracted by this awesome vine of a guy falling in a tub..lol” (Also, I loathe lol. Please don’t ever lol at me.)

Ok, the funniest thing about what I’ve written here is that before I started writing on the ferry this afternoon I was thinking I should do something on how I’m trying so hard to learn compassion by not wishing painful horrific dismemberment on the fucktards in Taiji, Japan and I end up ranting about…well, it doesn’t matter. I end up ranting. And so compassion, desperate to see the light, to feel the warmth of the sun and exercise her joyful empathetic limbs will spend at least one more day in the dungeon of expression. It’s not a really horrible place, even though I refer to it as a dungeon. It’s more of a place of limbo, where ideas, wonderings, concepts and emotions, such as compassion, time, a list of things to put in pie, vulnerability, the house on the rock and when I will go there and ride the carousel, empathy, if pigs actually like wearing boots, tolerance, even love sit and wait their turn to be ruminated, cogitated, extrapolated at the whim of my sometimes silly, sometimes serious, always interested brain.

It feels like if I try to write any more on this particular subject (the safety vs sanity issue) I’ll just keep going around and around and while that kind of thing is fun and natural on a merry-go-round it can get pretty tedious with an idea. Danger can be awesome as long as you aren’t an idiot about it. Take some responsibility. That’s it. Here is a picture of an amazing merry-go-round to prove my point somehow.

Like Loading...
carousels are awesomecompassion and mindfulnesshaving never been to wisconsin i didn't expect it to have a place I want to seeoubliettes and forget me notsprime numbers!ride something dangerous cautiouslySanity and safety do not have to be mutually exclusive so why does it seem like they arethe dance of balance with two left feet 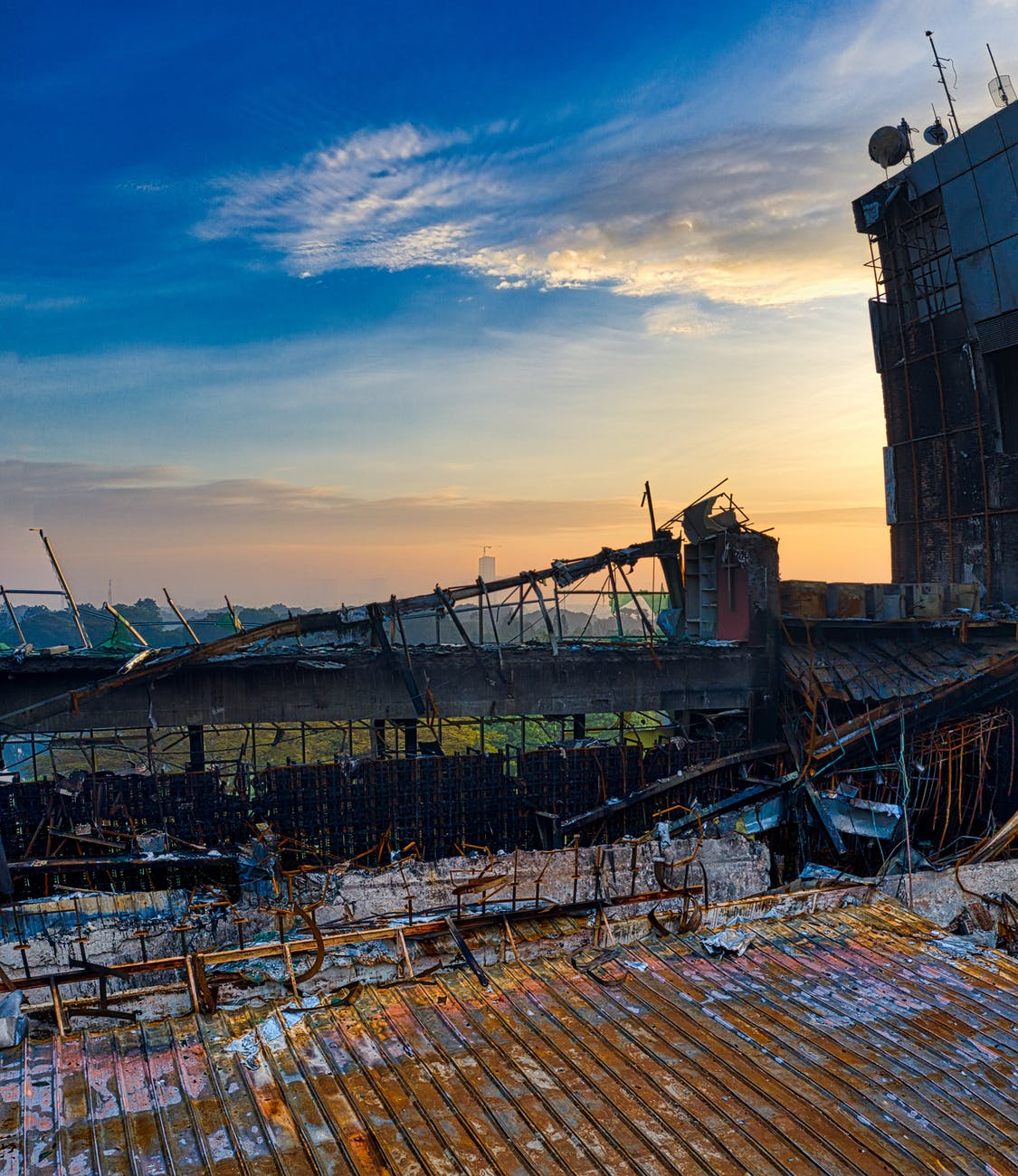