The most rambly place I’ve been lately. Also, learning to be the good kind of selfish.

I’ve left behind any notion of “sanity”, at least in the way sanity is considered. I embrace all that is beautifulcrazysane and howl at the moon from the depths inside my head. I’ll walk the walk as long as I have to, because there is nowhere I’d rather be than right here, loopy as fuck.

I’ll dance with abandon within fields of crabby grass and never be grumpy because I can feel what it is to be free. I don’t expect that anyone else would find joy in these mediations, I don’t care about that. I don’t even expect that anyone would have a need to understand what makes me tick, what makes me whirl, what makes me smile. Isn’t it enough that I do?
I used to think I was cut out for relationships, that somewhere there was a person, or at least a type or at very least a type of hat that would suit me. I could put it on and feel like I had accomplished something. I could walk hand in hand with whoever you are and feel like everything fits.
I don’t think that anymore.
I don’t think about hats, other than I like it when people wear them. I don’t think about types, except to be sad when I see people who seem desperate to be one. (Not everybody does and not everyone who is has any awareness that they are and honestly if you want to be a type, be it with all you have. Embrace it, be the physical embodiment of that thing all goddamn day and love it. Whatever works for you, I’m only talking about what I see, never forget that.). I don’t even really think so much about people I could be in an intimate relationship with because I don’t know how to do that really. I don’t dismiss lightly the possibility that my insistence of preferring the single life stems from a fear of falling in love and losing myself or ending up pregnant or broken-hearted or or or…something out of my control. But inevitably I do dismiss it. I’ll explain why soon.

I used to think that I fell in love all the time. And to a degree, I do. Oh my goodness, if there was a way to inject colour into the wind every time I feel enamoured of someone, rainbow tornadoes. Entire paint departments worth of swatch sample hurricanes, the danger of colourful papercuts around every corner. Is it love? I fall desperately, madly, instantly for the back of your neck, the sweep of your arm, the way you climb out of a car, the laugh that’s in your eyes even when it’s not on your lips, your lips, oh fuck me now! your lips that I’d love to kiss until they are bluish because we’re so deep in it we forgot to breathe. Except for the panting.
Is that love? Or is it lust? It feels very intense in the moment, it draws all of my attention, concentration, ability to form rational thought. Is it enough? It sure feels like it for the most part. But it goes.

Sure, it could be argued, I’ve been in relationships, I’ve loved people, I do love people. But not for very long. I haven’t been involved in an intimate relationship that lasted longer than a couple of months in over 10 years. A dilettante in the ways of love, distracted by debaucherous dalliances with no real determination to delve deeper. And for the most part, totally comfortable in that role.
Of course I get lonely, of course I have doubts as to if the path I’m on is healthy. But people who seek out relationship after relationship do too. There is no one right way.

I watched the movie Shame recently. If one can not be embarrassed by full frontal nudity, skip over any hangups about people having what might be considered an unhealthy sexual addiction, you’re left with a character study of a man who lives a very solitary life. Again, skip over his inability to copulate with someone who seeks something more that just an exchange of cash money for services rendered. Move past his incessant porn surfing, masturbation, et al and you’re left with a human who has carved out a niche of solitude. There are certain clues that his upbringing, whatever it entailed has led him to a place where he has to be like this. But I didn’t see that. I saw a guy who had built a lovely fortress of solitude only to have the walls charged by his crazy, annoying, needy, helpless sister. Who insists that it’s healthy to need someone, to let people in.
I call bullshit. Honestly, I could have cared less about all the sex, it was well done but very perfunctory and matter of fact. For me, the place that the story existed was this reality where he was content with the walls. But then it shifted to a place where he had convinced himself he was content with the walls, when really he just wanted someone to break through them. Is the suggestion that people who prefer isolation are wrong? Or broken? Or damaged and need fixing?

I use crazy as a filter. It saves time. I don’t care if the first thing you think about me is what a wacky bitch. If that freaks you out, awesome. If that doesn’t freak you out and you get in the car anyway and your second thought is, how can she drive a standard while making those sandwiches? Actually those sandwiches look pretty tasty.. you can stay, for a time (to be fair, I don’t think I’ve ever made a sandwich while driving a standard.). I don’t mind if you are hard pressed to find any qualities in me worth sticking around for. If I am living my life to be judged by you, to hold myself up to your litmus test of sanity, there’s going to be trouble. I’m desperately trying to work out the gift of being happy and joyful and cozy in my skin and falling in bed at the end of the day satisfied with how I helped myself, my community, the world, content that what I’m doing is, if not the best thing I could be doing, at least on it’s way there.
I don’t have time to create a public persona to show the world how stable I could be if I tried. There are far more important things I could be doing.
Of course I have moments of gosh, I hope this person likes me because that pretty cool tattoo they have is a minor indication of the possibility that we have things in common and will connect on a deeper level than just physical attraction.. <- see what I did there? I talked about connection. I never discount the possibility. Every single person I encounter might be someone who will change my world, for better or worse doesn’t matter (better can be more fun, worse can be more instructive and vice versa). I know that I’m open to that personal interaction, certainly on an emotional wavelength just as much as any other. I’m not scared of someone making it through the walls, in fact, if they do? They’re someone I will know and love for a good long time. Perhaps not on a level that is expected of a woman of childbearing age, but not everyone rocks out to the same beat.

Yes I have walls. Yes I rock the crazy. (Telemarketers have hung up on me!) Yes these walls and that crazy are filters to keep out many, including the unhealthy meek, the overly judgemental, the people who need to be needed, excessively angry people who are all vitriol and no focus. All the character traits that scare the bejeezus out of me for what are to me at least, obvious reasons. But just in case they aren’t obvious, here’s what I consider obvious, from my perspective. Unhealthy meek will hand away their power and then wonder how they became so devastatingly tragic. Overly judgemental will consistently look outward for blame and never consider that their dismay is a reflection. People who need to be needed will be forever trying to fix everyone around them, without anything left over for themselves which will cause resentment and bitterness. Excessively angry people who are all vitriol and no focus are just boring after a while. Of course you’re angry the world is full of shittty things and people. But it will forever seem like that as long as your head is up your ass.
How can I presume to know such things? I have been every single one of these persons at one time (or more) or another. Those and many others and likely will be again at some point.
But every day is a perfect day for revolution. To rally against the habits that build the walls that don’t have windows. Yeah, I build walls, but then I plant honeysuckle and jasmine and passion flowers, because I understand how important growth is. And I’m working on putting windows in (with a window seat perfect for reading in the sunshine or having a nap on with a cat) because it’s just as important to look out, as in.

Like Loading...
crazy is as crazy doeseven superman had a fortress of solitude and you don't think he's crazyi hope i have the guts to actually publish thisi would totally have sex with michael fassbender and not just because i know what his penis looks likeloopy as fucksane kind of crazythis could be the most personal blog post I've ever written tags forthis could be the most personal group of tags I've ever assigned to a blog post 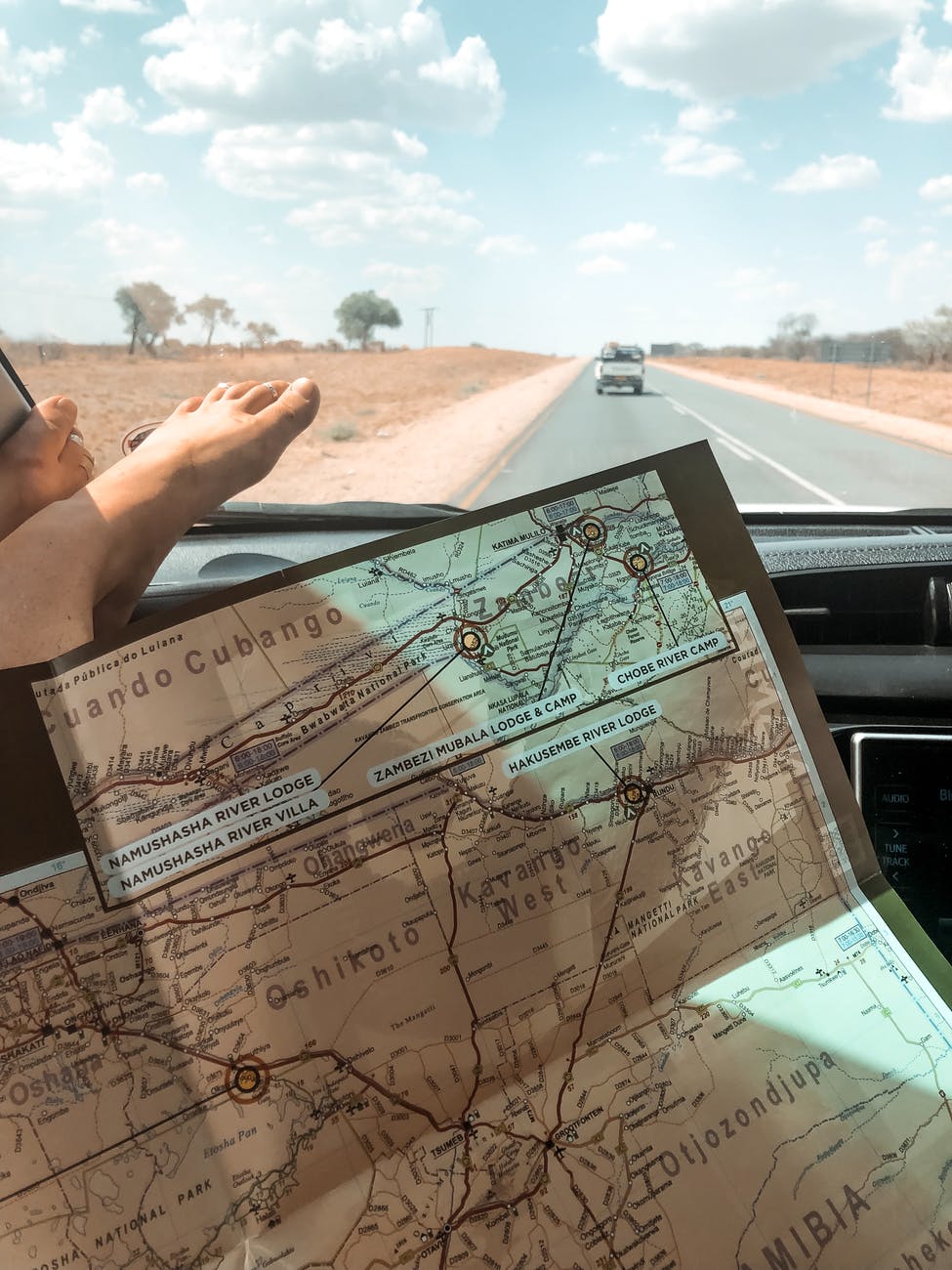