Cabin in the woods, visited.

Took the first trip out to the cabin in the woods/ smurf house/ love shack/ hobbit house/ blue lagoon/ petri dish/ actual name yet to be determined once I actually live there with a load of my stuff. Mostly just boxes and art, but there is a stereo. It still has some furniture in it, which my landlords have said they’ll take out if I don’t need it. Which I totally don’t. Hmm, musty bed and sofa that no one has used for 8 months? Musty smells not awesome in a house, I do not recommend making the mistake of plopping down onto a long disused chesterfield to check out how soft it is. Seriously, don’t ask me why I did that. At any rate, it did confirm for me that no, I won’t be needing that couch.
With regard to mess, it’s not really messy, there is a bit of mold in the freezer, some bug carcasses on the window sills, cobwebs everywhere, nothing terrible or insurmountable. As for the musty odor, I opened all the windows and doors and was happy to notice the smell dissipating fairly quickly. Which gives me hope because honestly I had more than a couple of moments upon arrival of being consumed with a feeling of horror that I have made a terrible mistake.

There is a slope in the kitchen which will make playing marbles near impossible. The floor is beautiful wood with gaps that make me think, I bet a spider could easily crawl on to my face from that. It is really far from town, 30 minutes to townsite, 40 to westview, 1.5 hours to the lower coast ferry. The surrounding woods are filled with generous pockets of standing water which my overactive imagination is convinced it can hear a scourge of mosquitoes (yes that is the collective noun for mosquitoes..apropos, don’t you think?) breeding in anticipation of bloodletting to come. My cell phone works in some places on the property, intermittently, though not inside the house. There is no internet, although they are looking at getting it there, but I’m not terribly optimistic. Suddenly faced with my somewhat impetuous decision (it was the second place I looked at) I wondered if I had taken a friend with me to look at the place, would they have advised me against it? I actually stood there for a few minutes thinking, I should leave everything in the car, take it back to the storage locker, call the landlords and tell them I’ve changed my mind, start looking again. Panic.

And then I took a breath, once I was outside where the air is a damn sight less fetid and walked down the gangway to the dock and just listened for a moment, breathing quietly. Realizing the only sounds are my breath and a couple of frogs singing to each other. And suddenly remembered that not only are frogs a sign that an ecosystem is healthy, but they eat mosquitoes! Ok, so maybe there won’t be a scourge so much as a plethora. I’ll have to wait and see. And not panic in the meantime. If the place doesn’t work out, it’s not the end of the world, it rarely is. Yes, there are many decisions that, made rashly, might result in something devastating happening. But I really don’t think this is one of those times. And talk is cheap. Gaze upon the evidence of my brilliant, if somewhat impulsive decision!!

I thought about holding off on posting interior pictures until I had actually moved in, as the pink sofa with matching trash can and noose hanging from the ceiling fan might give the wrong first impression. But this is the living room, bathroom with clawfoot to the right, bedroom to the left. Some of the furniture isn’t too bad, but it’s been such a long time since I had all of mine in the same place, I;m nervous about keeping anything for fear that I’ll overcrowd the tiny house and won’t have any space to hula hoop indoors on rainy days. Because I can’t imagine many things sadder than that.

You can’t tell too much from the photograph but the cracks between the floorboards are nowhere near as gappy as I led you to believe.

If you raise the blinds higher than halfway, the neighbours in the green house above might be able to see in if they’re looking at just the right time. Which is a great excuse for bubble baths. Or curtains. Either or.

A cute kitchen with drawers that stick, a slant to the floor and well enough space for can we have more people in the kitchen parties,

experimenting with gluten free and pretty much all other types of baking,

and still be able to scream out the answers to whatever random questions may be posed from the living room.

Some things tiny houses are just better for. Plus the bedroom has it’s own bathroom with a shower,

a built in closet, which I very suddenly remember isn’t actually unusual.

Plus the bedroom leads to the back porch so if someone is knocking at the front that I have no desire to talk to (I’m not speaking of jehovah’s witnesses, those guys are hilarious with all their talk of god bringing the dead back to life so they can roam the earth, which anyone with even a few brain cells steeped in popular culture would recognize as what? Zombie Apocalypse. Exactly. They don’t have much of an explanation when I asked them why the dead crave brains though.) I can deke out the back! Because rabbits and hobbits always have 2 entrance/exits from their burrows. Just in case.
Also, yes there is a dog door. Even Gala has an escape hatch!!

There is even a porch to put an old rocker on. Or a porch swing. Or plants. I see a joyful amount of container gardening in my future.

I think I figured out where the wood stove might have originally been. Or could potentially be again.

Also there is an in-law suite. Seriously though, if someone wants to check out what’s in there, I’d love to know without actually having to do it myself. Though, if someone does go up there and it’s really awesome without too much creepy, I’m thinking attic fort.

There is also a tiny drink me door. Which I’m presuming leads to wonderland. I’m not as curious to go in as one might think.  Also, that thing on the corner, holding the house up? It’s a log. DON’T JUDGE MY TINY BLUE HOUSE! Trust me, I’m judging it enough for everybody.

At the same time, it’s been so long since it was lived in and houses that don’t get lived in become very sad. If not me then who? Besides, with this view from the living room window, where the piano will sit..

there is a part of me that thinks I was crazy to hesitate at all. Given time and some sunshine, things will dry up, doors and windows flung open to let in the scents and sounds of summer (preferably frogs and birds over the whine of mosquitoes), flowers will grow (my intention is to grow a garden that encourages butterflies and bees) creativity will be abundant, laughter a matter of the every day and contentment the default setting. The door will be open, come on by..

To be fair though, give me some time to actually move in and stuff, say a month or so? I’m betting mid-may is a beautiful time to visit. Maybe by then I’ll have a tiny boat to go with the tiny lake, which would make it paradisaical.  For a very simple reason as explained by a very wise water rat.
“Believe me, my young friend, there is nothing — absolutely nothing — half so much worth doing as simply messing about in boats.”

Like Loading...
happiness is a tiny cabin on a lakeHouse of mine!i would like a boatstuff can be movedtea parties on a tiny lake in the summer timethings don't feel like yours when they're filled with someone else's stuff 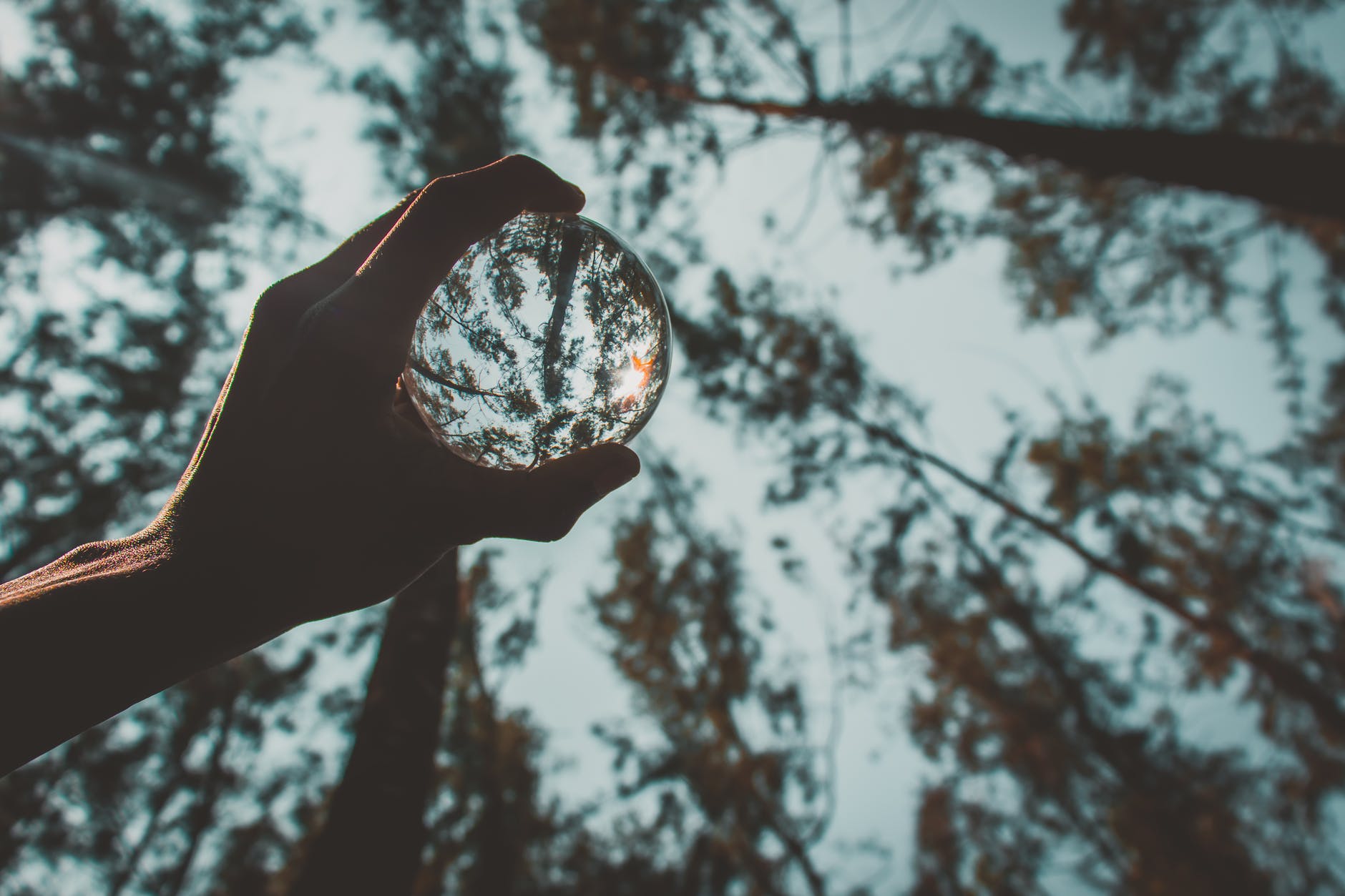 I will come and visit and do the attic/in-law suite checking for you! Yaa Smurf House! Once it has some of your magic in there, it will start to transform, you’ll see. As far as the frogs go, they are symbolic of renewal, rebirth, abundance, transformation, metamorphosis and ancient wisdom, which seems to fit just nicely…at least I think so 🙂

Love that you are just around the corner from bliss