I didn’t do day five yesterday, I was busy. Or whatever. It was a poem with no punctuation. Then add the punctuation. But I can’t bring myself to do that. It would look like this

But I looove punctuation! I’m excited for exclamation! And jubilant for hesitation, which can lead anywhere…

But I groove on a dead stop.
Why? She asked, curving her smile to match the end of the question..
Because from a dead stop, anything could start anew.

So yeah, skipped that challenge. Kinda. I guess.
Day 6, as it should have been 30 minutes ago, says I have to write an autobiographical story in first or third person where change is reflected. I submitted a piece to the rebelle society a while back, which is where this 30 days of writing challenge came from. I kinda liked it, but hesitated to post it here, out of not being sure if this counts as the somewhere else in the “if you’re gonna send us stuff please don’t publish it somewhere else because we want to keep it FOREVER” or whatever it said. I’m shite for reading the fine print. But I’ve waited a while and I think if they were gonna post it they would have. Turns out, it’s kinda perfect for this prompt and since I’m feeling lazy (I wrote a story earlier today, and while the idea was good, the story was only okay. I’m pretty much phoning in the words by this point) I will post it here, saving myself the writing of something that may only be mediocre, taking back the joy of the thing I wrote and fulfilling my daily writing prompt.

All Stories Are True If Told Well
by me

Once upon a time there was a girl who dreamed of something sensual and fiery that came from passion instead of anger. That met her eyes and didn’t shy away or try to conquer her. Something that recognized her need to be acknowledged and respected as a creature worthy of love.
She searched for this, looking everywhere she thought it might be. She found variations on a theme, most of which left her lonely and empty and feeling like she was wrong to desire it at all. As though it either didn’t exist, or worse, would never reveal itself because she wasn’t strong enough to accept it into her world.
She started to fear and built walls impenetrable, so that even if it did show up, the fortress she had carefully crafted around her heart wouldn’t let it in. She became jaded and cynical, pretending that she had never really wanted it in the first place. That she preferred the solitude, the isolation.
And then one day, someone knocked at the door. The sound was so alien, it had been so long since anyone had visited, she wasn’t sure how to react at first. She crept to the large door and yelled, “who’s there?” And a voice called back, “I’ve heard there is a heart imprisoned in this place. A heart that has forgotten there is enough merit in the simple act of beating to justify it’s existence.”
She laughed derisively. Whoever this was knew nothing of hearts. If allowed to, a heart would pound like a runaway engine, uncontrolled. It would carry the love of another without leaving space for love of one’s self. It would crack open with compassion for those who would never reciprocate. It would bleed and think it was living truth.
And as though the person on the other side of the cumbersome door had heard these thoughts, their voice responded.
“You hide because you are afraid of the pain that comes with these acts. You are afraid if your heart pounds too heavily, it will burst from your chest and leave you vulnerable. But this lets in love, just as readily as pain. Better to have both, than neither.
You worry that if you open your heart wide enough to carry love for another, it won’t be requited and there won’t be enough love left for yourself in times when you need it. But demanding that sort of devotion, that kind of from one other being is unfair. It’s cruel to expect that there is only one who can be everything for you. It’s cruel to all those who want to share parts of themselves with you as well, all those beautiful stories that you might miss if you demand to live within only one of them.
You fear that if you show compassion it will make others believe you weak, when really it proves how strong you are. Strong enough to forgive those who do wrong to themselves and others. Strong enough to have hope that they can do better, be better.
You’ve forgotten that bleeding is what hearts do. If they didn’t, how would that blood get to the rest of the body, so that it can continue to function as best as it’s able?
The truth of it is this. You are enough, you have enough love to give and you are have space to receive love from those who will, who do cherish and adore you. You deserve such things from such people who deserve them in return. And besides, what’s the point of having a heart, if you don’t open it wide enough to break once in a while. When something breaks, it’s an opportunity to put it back together in such a way that it works better.
There is fire in every sunrise, a reflection of the light in your eyes every morning you open them. There is a sensuality inherent in every part of your skin, this amazing organ that covers your entire body. It allows you to feel everything, to taste rain on the wind, to carry scent that will remind you of moments you might have otherwise forgotten about. There is passion in every laugh that keeps pain at bay and every dream that you realize in defiance of apathy.
These things that you seek, that you desire, yes they are all around you, but they’re just as vivid and alive inside you too. You spent so much time seeking them externally, you hadn’t noticed they were here all the time.”

Crying, she fumbled at the locks, determined to know who it was that had come to share this wisdom with her. Some of them were well rusted and took all of her strength to open but eventually she did and flung the door wide.
There was a girl there, behind her a landscape of fields, trees and flowers, backed by a horizon that stretched, seemingly infinite. Through tears, she saw that the girl was crying too and she reached toward her face, to comfort her. At the same moment, the girl reached for her. Their fingertips touched, a smooth wall of glass between them.
And she realized it was a mirror. Turning, she saw that there had never been a fortress, it was only her perspective that had created those walls that appeared real.
She inhaled deeply, exhaled and smiled. Turning her face to the horizon ahead, she walked towards the future. To live, happily. 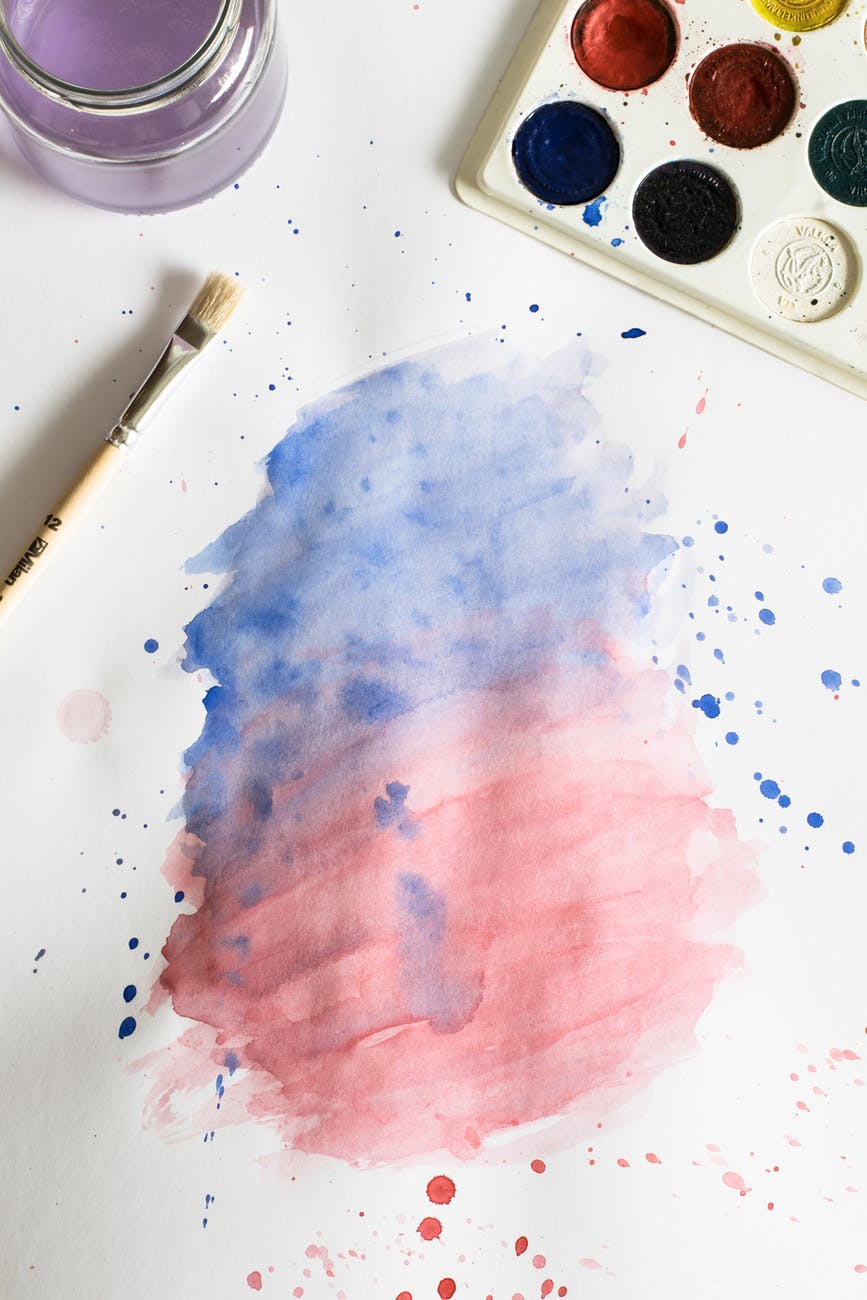 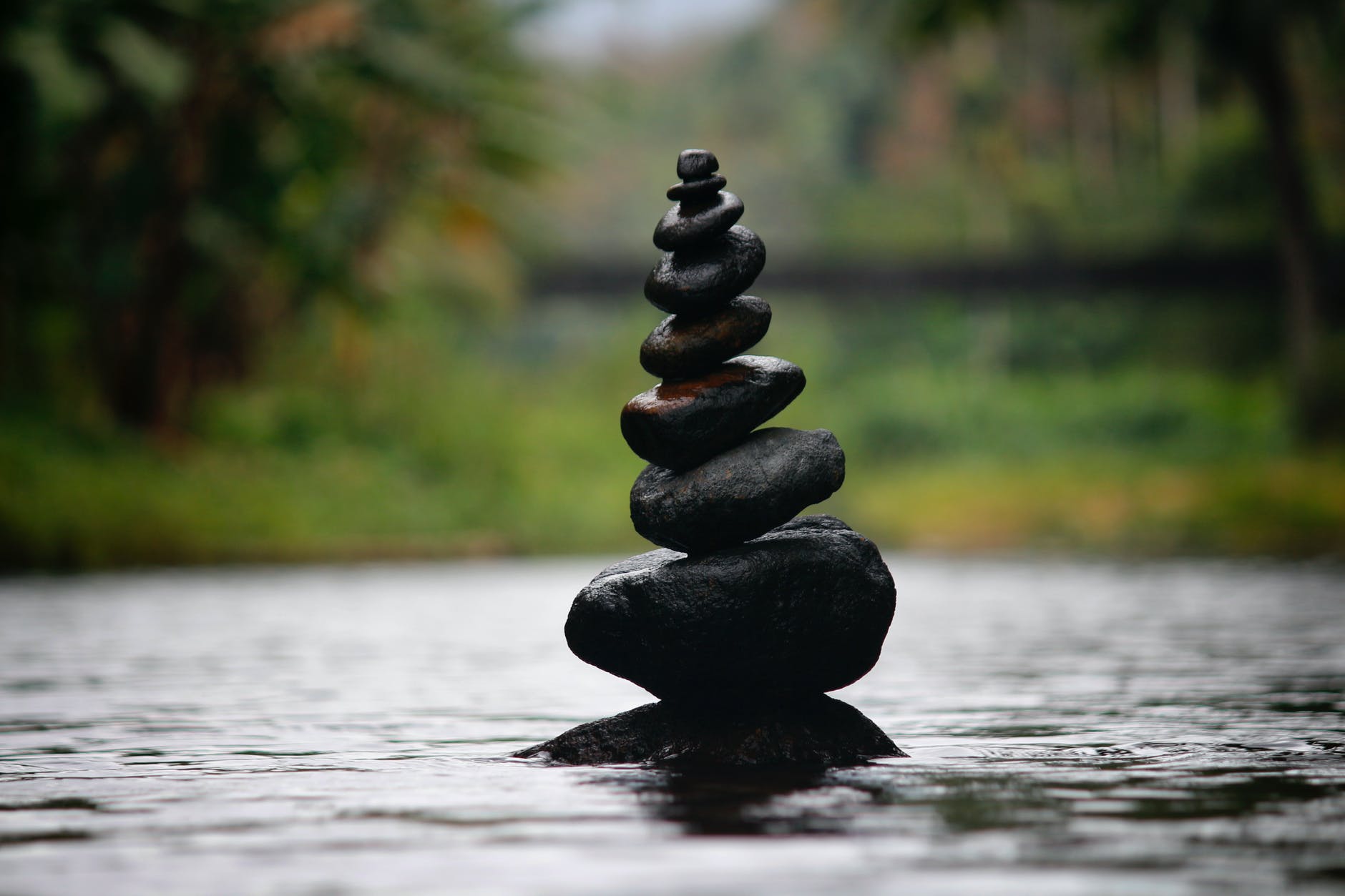 You are of sound mind. This is an incredible piece

I love your ability to communicate.