Not gonna lie, I pretty much only picked this for the rhyme and number of syllables. I’m moderately unclear as to what this is, exactly.

Internet says it’s a non-physical entity which arises from collective thought of a distinct group of people. Group think ghosts? Some examples used are corporate branding and memes. That seems pretty mundane for something which definitively exists without physical form but takes up space within the minds of the masses. And yet, that’s pretty much what folks seem obsessed with these days. I always thought it was weird that people would pay money to wear advertisements for various brands on their body. I get the notion of wanting to feel like a part of something, but spending more on something that might not be better just because it has the name of some company on it seems kind of weak-willed to me. It’s easy for me to say that because I don’t go in for brand loyalty. Now I’m sitting here trying to think if there is something I buy consistently because of who makes it….

Not cars, not tea, not books, not tarot decks, not tools, not furniture, not shoes, not alcohol, not hair or makeup stuffs….I do have a favourite pen.

Okay, but let’s step away from the very narrow capitalist paradigm for a moment, shall we?

It’s funny how much my brain is like, you don’t even know what this is, write some bullshit about smashing the patriarchy and let’s go to bed…
And while I agree that the patriarchy could use some smashing, let’s delve a bit.

The more I read about it, the less clear it is. Okay. I can work with that.

Where does your energy go? What do you focus on? What scenarios play over and over in your head, and what bearing do they have on your reality? Not reality in general, but yours in particular because they are not the same thing. While it could be considered factual that there are some things which are immutable, perennial as the grass, there are many more which are subjective, depending on who is looking at them. Anything that is being observed is changed by the very fact that it’s being observed. Even if that which is being observed does not realize it.

I once wrote a story about an angel who was frustrated with the status quo (it’s an old story) and while getting drunk near that park in Berlin I like, was toying with the notion of letting humanity in on the cosmic joke, so to speak. Funny that an earlier iteration of egregore encompasses the notion of watchers, which is what we’ve become to a certain extent. Since cellphones made themselves an intrinsic part of the societal zeitgeist, I’ve consistently murmured about how we’re being trained to watch instead of participate. A world of voyeurs, a ‘pictures or it didn’t happen’ populace.
I can pinpoint when I was first disturbed by the behaviour. It was the show in the 90s? where people sent in home videos and hoped to win money. The majority of the videos involved someone getting hurt. Someone filmed their kids getting hurt, and instead of attending them, they continued to film it because their fealty to the egregore of capitalism was stronger than to that of their own family. Powerful stuff.
It’s been a minute since I’ve been to any sort of concert or show, and it’ll probably be a minute longer as I don’t really enjoy crowds and loud noises, but the last time I went, I was struck by how many people filmed the concert, and watched it via their phones. Presumably to ensure that they were getting good shots and not just filming the band’s shoes, but still, it’s ridiculous that someone would go to a show and not actually watch it. And if someone in front of them gets excited, starts jumping up and down, reacting in real time to the event unfolding in real time, they get upset that their shot is ruined.
I was watching a movie recently with a friend. It was a horror movie because I like those and so does he. There was a scene where a group of people came face to face with what some might consider the antagonist of the film, being that he had a tendency to murder everyone he came into contact with. Their reaction was to pull out their phones and instaface whatever was about to happen. Which was their faces instantly being pulverized in a fairly creative variety of ways. What does it say about society when we were cheering for the murderous slasher type? There was a complete lack of suspense due to us not caring about any of the characters surviving. We were totally fed up with their uselessness when it came to self-preservation, their entitlement and inconsideration for the world around them, their complete dependence on a very tenuous tether to an assumed and likely photoshopped reality.

I feel like I’ve gone off topic, which seems hilarious as I have no idea what I’m talking about. To be honest, I’m already thinking about Hallowe’en, which is why it is no surprise to me that references to horror movies should have shown up here. Now there’s an interesting concept within the framing of egregores. The idea of being watched by the dead, by ancestors gone before, their vibrations still having influence even after centuries.

I really struggle with tradition a lot of the time. The idea of, it’s what we’ve always done, doesn’t sit well with me. That said, discovering that my great great aunt had a penchant for being barefoot and writing poetry, or that I have several generations of procrastinators in my family, or that I randomly and inadvertently choose to live within a relatively short distance of places my family settled at one time or another (which I’ve done three times now, four if you count living in places named after places within a short distance of where my ancestors lived) speaks to the potential influence of non-physical entities arising from collective thought. A sort of memory made manifest transcending time.

Perhaps a good way to engage with egregores is by willful engagment, to better determine which realms of influence best serve our growth and connection.
And a good way to engage with murderous slasher types in a horror movie? Put down the damn phone, and get the fuck out of there. While I do feel like my consumption of horror movies has made me a better judge of when to gtfo and what not to do at a summer camp, I genuinely hope I never have to test that theory, thanks anyhoo.
Happy almost October!!!!! 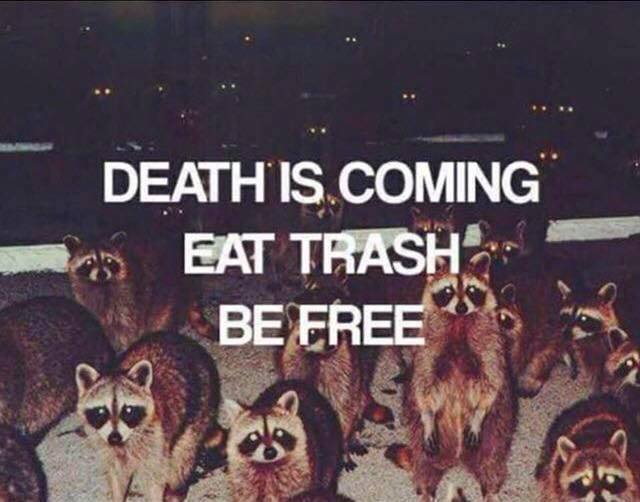