The state of things

Previous Next
The state of things

Are pretty quiet, for the most part. Except for the never ending tumult of information that threatens to drown me at every given moment. Yes, every given moment. It is indeed quiet, but there is no real calm here. And it’s taken me longer than expected to realize that is what’s happening.

None of my fairy tales prepared me for this. There is no template for hunker down and see what happens. There was always talk of quests and items to gather, bread to save from ovens, lakes to empty with sieves, seemingly impossible tasks which turn out to be entirely plausible once you’ve freed a gaggle of swan brothers by sewing nettle shirts for six years.
But even the act of sitting in silence sewing nettle shirts has some sort of anticipatory resolution to look forward to.
Everything feels so up in the air, fraught with a sense of ‘maybe this will work’, it seems as though we are collectively standing around a car on the side of the highway with the hood up, hoping the issue is something obvious and easily fixed, regardless of the fact that no one is really sure what they’re actually looking at.

At the beginning, I started with the notion of creating a schedule for myself. Determined to take advantage of all my sudden free time, much like Burgess Meredith in one of my favourite Twilight Zone episodes, wherein he finally (yay!!) has time to read all the books but being that it’s the twilight zone, it doesn’t exactly work out that way. 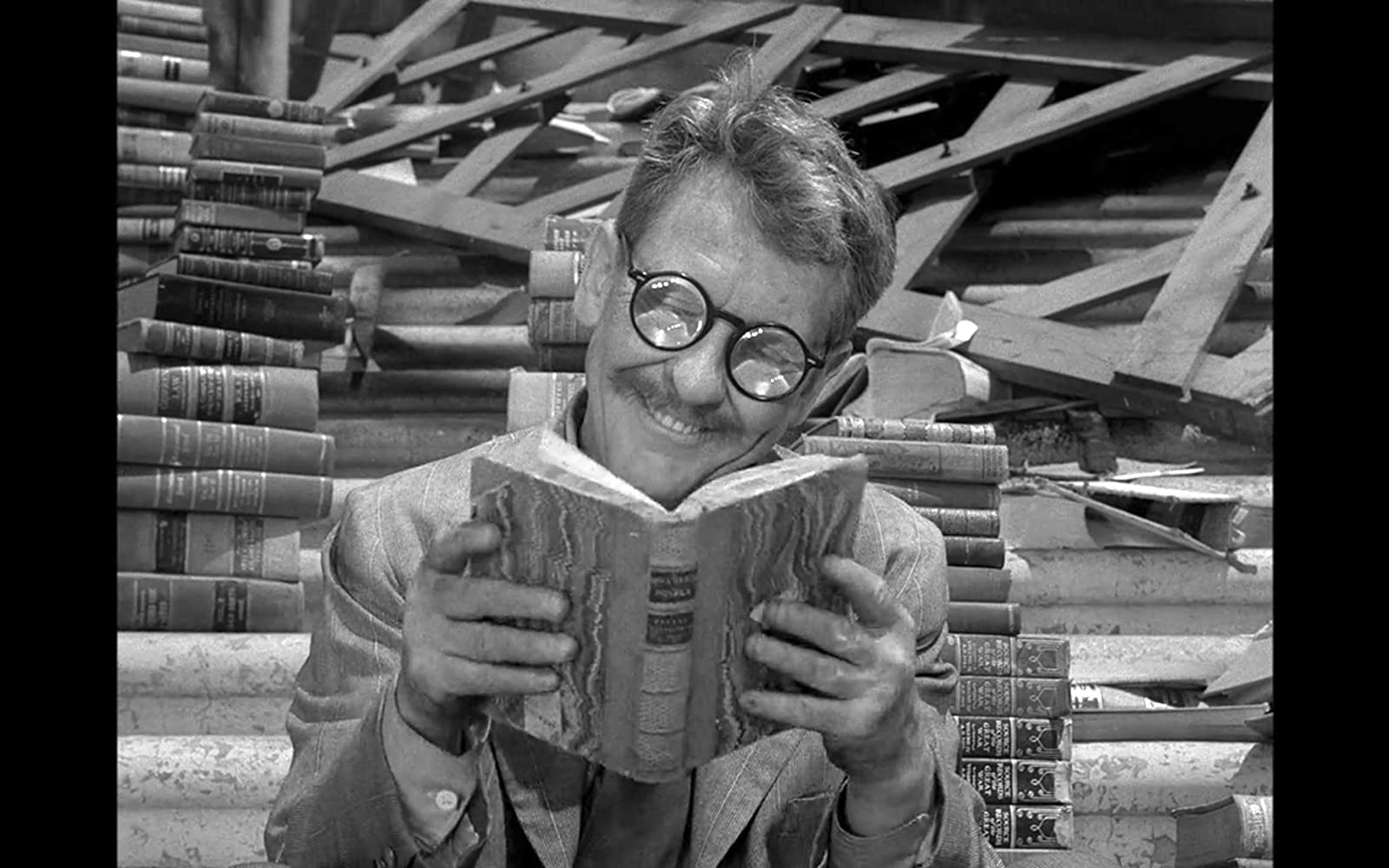 And neither did this. And it’s not a lack of discipline, though there are times I would argue that is one of my more useless superpowers. This is a feeling that became more difficult to shake over time, this feeling of okay, I’ll sit here and knit these nettle shirts but grow ever despondent as I know that it might not help.

There is relatively little point in allowing myself to wallow too thoroughly because regardless of what happens, it’s happening. And so the best thing to do is to find as much sanity in my own quiet world so that I’m better prepared to face what comes next, yes?
In theory, certainly.

So, for the nth night in a row, here I sit at 4:44 am, which has become the temporal axis my thinking brain hinges on these days. I’ve reverted back to the quiet of night symbolizing a calm my agitated spirit finds some solace in. Daytime is a treasonous wretch of illusion that everything is normal, when it’s not.

I used to be pretty much exclusively a night person, both in image and lifestyle. I occupied the dark places of the world without and within, and figured there would be no reason to ever change that.
And then I did. Things shifted and I found delight in sunrise being the opening to a day, rather than the tail end. Discovered a shift in my productivity perspective. Where before I’d been convinced that it was the still of a world where the majority slept quietly so I could get some writing done in peace, I found there to be merit in words that made themselves at home in the cacophonous noise of day. Not better or worse, but different.

I settled in to such an extent I had completely forgotten until just this week how rich my creativity is at night. I’ve spent the last 10 days trying to mold myself back into the person who sleeps through the night, and writes in the day, to the frustration of all involved. And so I stopped pushing and stayed up. And yes, there is lots of time spent on things like reading about the history of the countries surrounding the black sea, shopping for castles perched on cliffs, devouring salacious romance novels and spending far too much time playing logic-y puzzle games on my phone. But there is also stretching and exercise and healthy food choices happening. And inch by inch, line by line, word by word, the creativity is starting to percolate and make itself not only known, but issue forth in a way that is subtle and enthusiastically welcomed.

The most important part of this is not when or how I find ways to be calm and creative in the perfect storm that is a very unsettled collective unconscious, only that I do. Because that’s the skill that needs developing right now. And beating myself over the head with routine and expectation that I should maintain a reality which no longer applies doesn’t help in the slightest.

At one time, I was living in a way I was so sure would be the way I would always exist. An unrepentant night owl. And then the world changed a bit and that habit no longer served me. It required me to change, shift, adapt. And I did. More gracefully than I expected, and more easily, once I stopped insisting the way I’d been was the only way I could be.
And this is much the same. For me to be so arrogant as to think I’ve never dwelt in a time of uncertainty is folly. Every time is uncertain. Every moment might be the one that changes everything.
What happens is definitely a thing, but it’s not the most important thing.
How I react to what happens, is.